Hollywood Studios is currently the smallest park, but it also has some of the most popular attractions at Disney, which means it can be a tricky park to plan for. This itinerary is for a full day at the park, however you can take a break in the middle or cut the day short if you feel it is too long for your family. Just note that if you do not plan to spend the full day in the park, you will have to cut out some of the attractions on the itinerary. Please note that these itineraries are based on a moderate crowd level and you may not be able to get everything done if you visit on a higher crowd level day.

**Make sure to check out my Hollywood Studios Rides Guide to help you pick out which rides you want to plan for at the park.

If you are not staying on-site, then I recommend you arrive approximately half an hour before rope drop. Rope drop refers to the time that they officially open the park.

Since Hollywood Studios has a lot of rides that traditionally have long lines, having Genie+ will help to shorten the amount of time you spend in the lines. If you have Genie+ on your ticket, for your first Lightning Lane selection of the day, this is the ride that fills up the quickest:

**ALSO, I highly recommend purchasing Lightning Lane access to Rise of the Resistance. Otherwise, it will be hard to ride it anytime during the day without at least an hour wait. If you are also willing to purchase the Lightning Lane access for Mickey & Minnie’s Runaway Railway, that will save you more time throughout your day without having to worry about that ride’s stand-by line.

**You will want to make sure you know how to use Genie+ and how to purchase those extra Lightning Lanes for the premium rides. You can take a look at my tutorial at How to Use Genie+ at Disney World.

If you are not using Genie+ and are a Disney Resort guest with access to early entry hours, this is the order of rides I recommend: 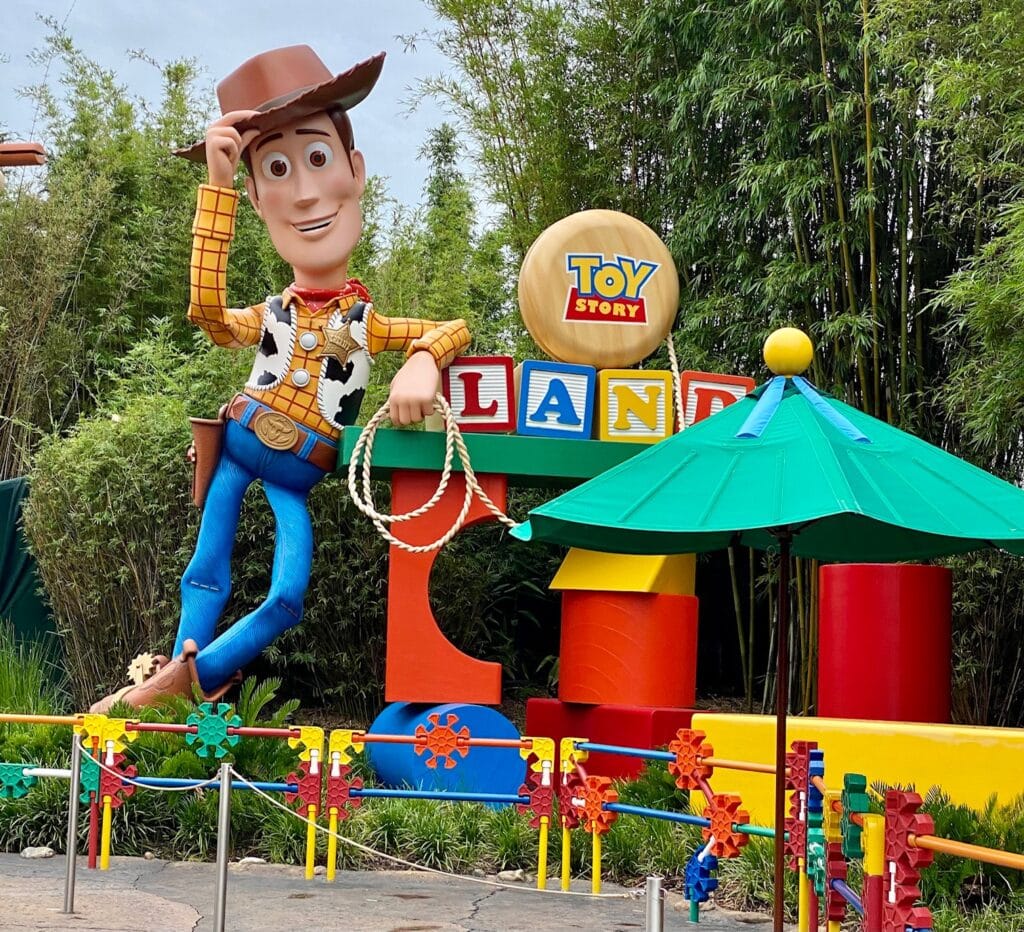 A really cool drink that you can try in Galaxy’s Edge is the Blue or Green Milk at the Milk Stand. You can even get it with alcohol if your heart desires. Give it a try, it’s a beverage from another planet and quite yummy!

Another fun rest spot in Galaxy’s Edge is Oga’s Cantina, where they serve up really fun drinks and small bites. You will need a reservation to go there though, so plan in advance to make a reservation there 60 days in advance. 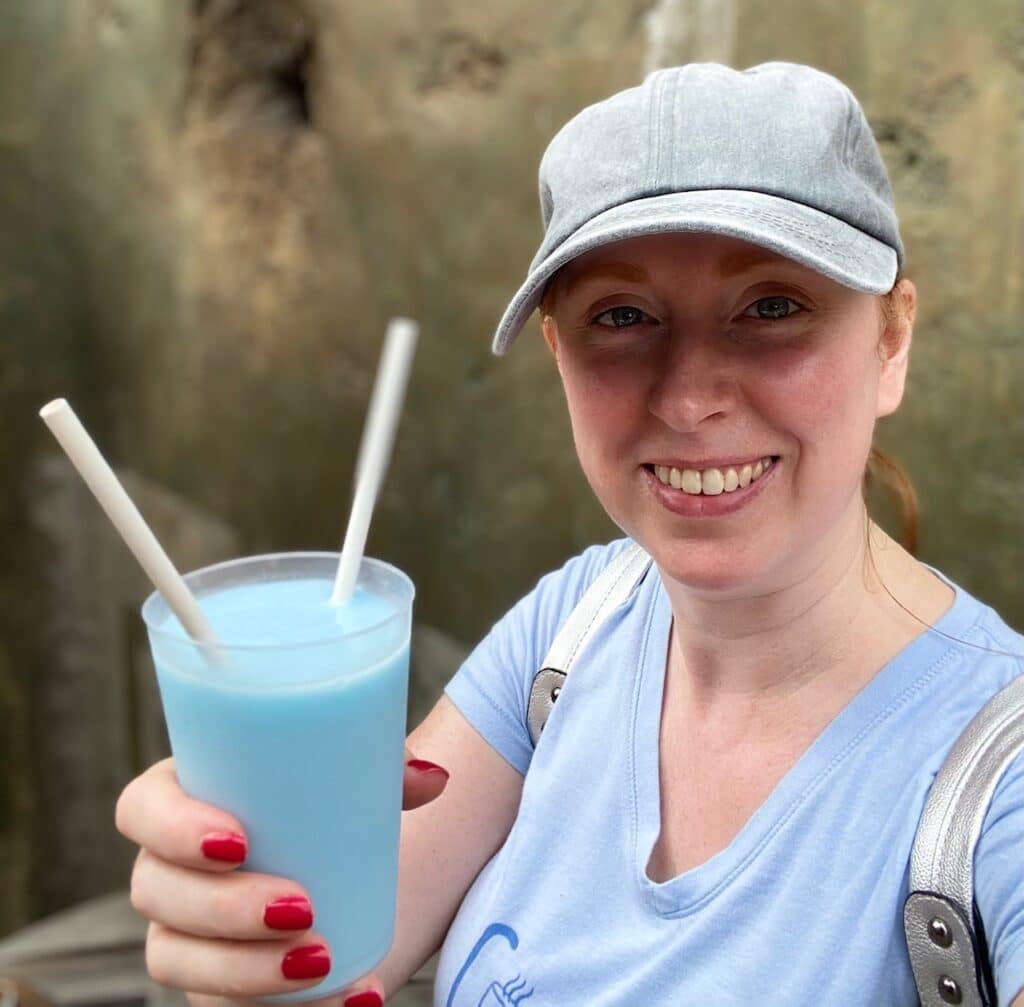 **If you are eating quick-service, make sure to place your order in advance using the Mobile Order feature in the My Disney Experience app.

Some of the table service restaurants that I have tried and enjoyed are:

All of the above table service restaurants will most likely require a reservation, but I have had luck getting a table with a walk up with both Sci-Fi Dine-In and Mama Melrose’s.

The afternoon is a great time to hit up all the different shows/entertainment that Hollywood Studios has to offer. You’ll have to check your Times Guide to make sure you arrive at each show at least 20 minutes before it begins. Here are the shows you can hit up in the afternoon:

If you prefer to focus on rides in the afternoon, then I would suggest:

If you can schedule Lightning Lanes using Genie+ for any of the rides mentioned above, then that will help to make your afternoon move a lot smoother.

The selections I would suggest are the same as what I mentioned for your lunch break. Remember that if you would like to eat at a quick-service restaurant, use the My Disney Experience app to order your food in advance using the Mobile Order function.

This could be a good time to check out Walt Disney Presents. It is an indoor museum that chronicles the history of Walt Disney. It also showcases some interesting exhibits, you can watch a short film, and sometimes you may find some special character meetings in there. There is also usually a short film being shown at the theatre across from where the Indiana Jones show is.

As the day ends, you can choose to either watch the projection show that plays nightly on the Chinese theatre or try and do some of the headliner rides on stand-by. If you did not purchase Lightning Lane access to Rise of the Resistance or Mickey & Minnie’s Runaway Railway, the last hour of park opening is a good time to try and ride them stand-by. The wait time will usually be at its lowest of the day, but I cannot guarantee you will get both done in that last hour. You can definitely do one of them though! 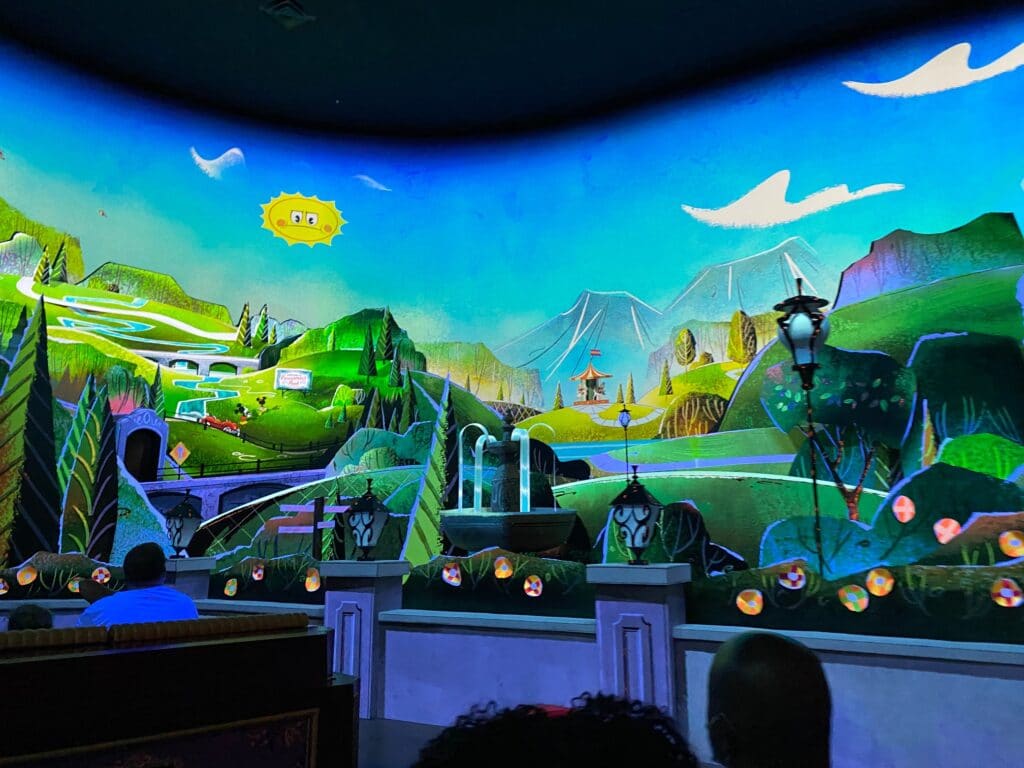 With a full day under your belt, you most probably saw everything Hollywood Studios has to offer. It is the smallest park, so the walking is not as heavy as some of the other parks. Once the park closes, you can still take some time to peruse the shops on Hollywood Boulevard as they stay open for awhile past closing time. 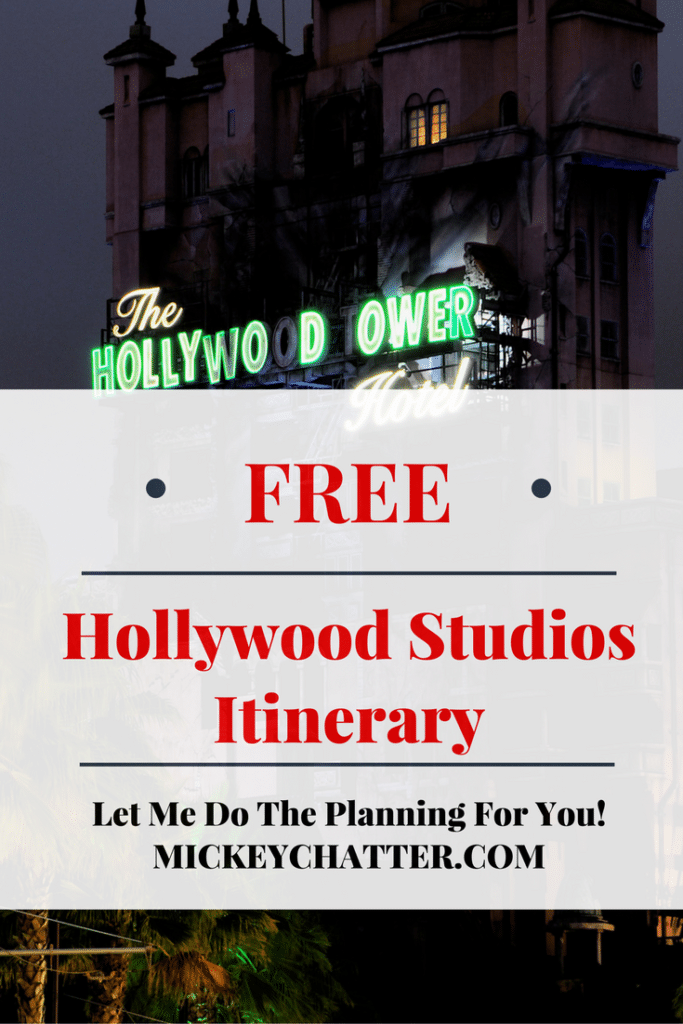 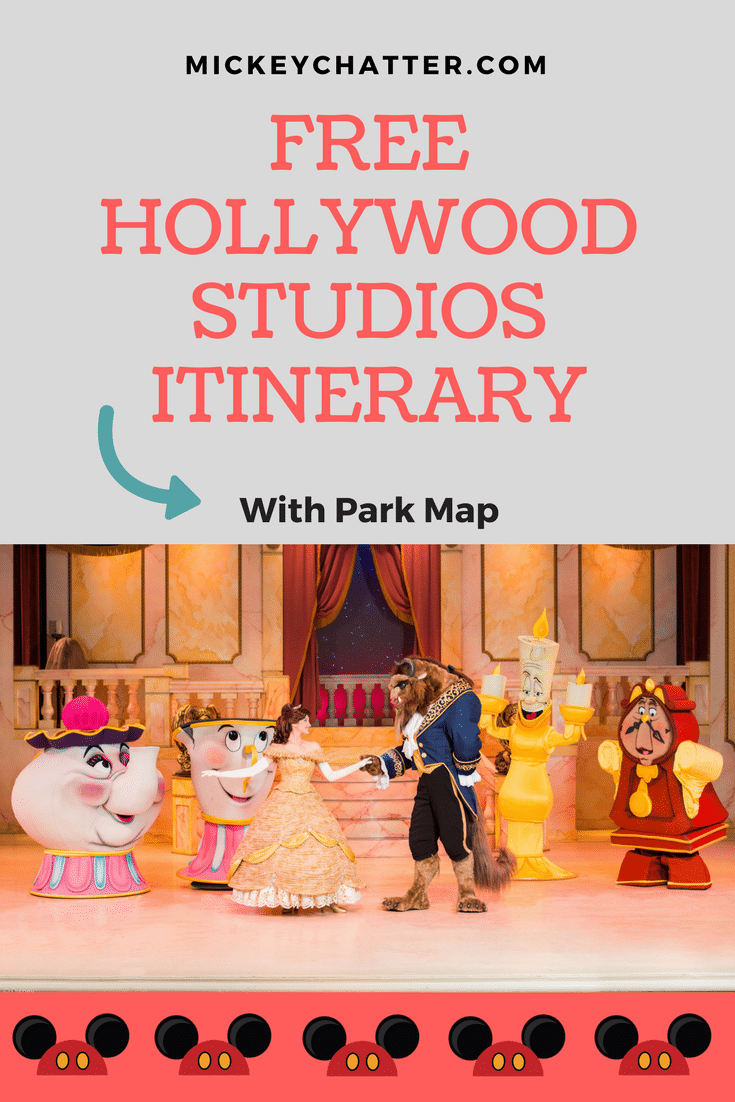 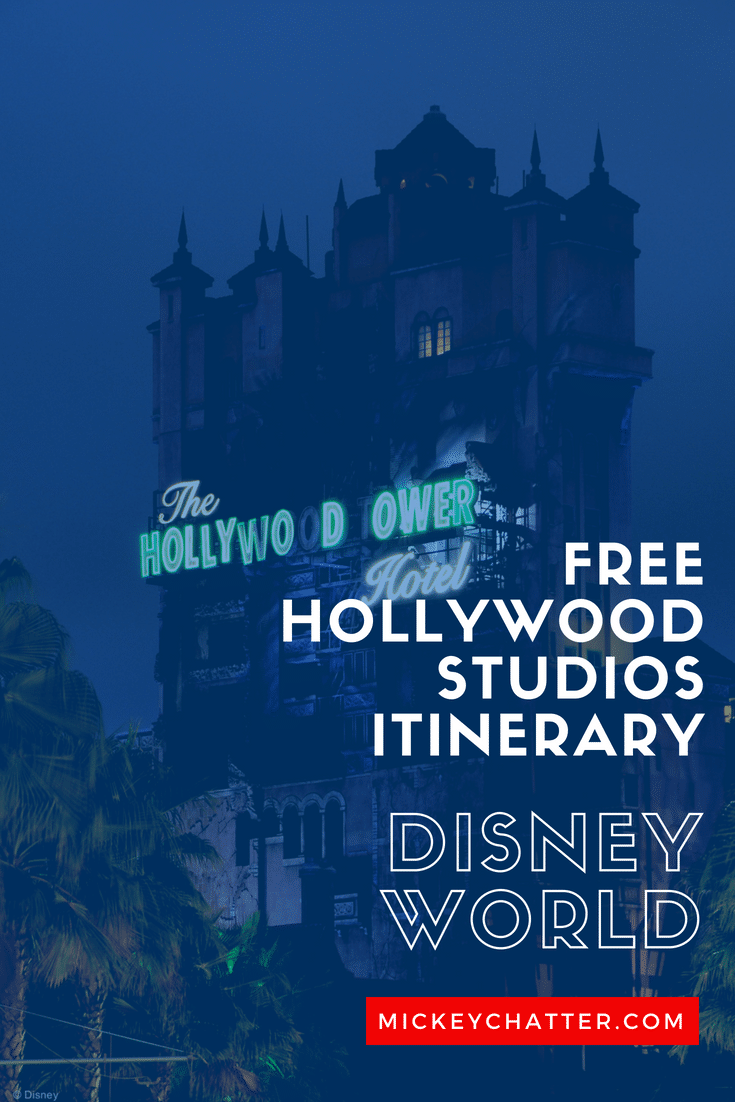