A lot of factors come in to play when trying to decide when to go to Disney World. A lot of people try to plan for when there are lower crowds, but some may be restricted to only go at certain times because of work or school schedules. If that is the case, then choose your dates based on when you can take time off to travel. It’s better to go to Disney any week of the year, rather than not go at all 😉

If you would like to plan for lower crowds, then you will need to be a bit more flexible with your travel dates. The two months out of the year that traditionally see lower crowds are January and September. Those are also the two months of the year at extreme opposites in term of weather, which is why they see low crowds. January can be on the cool side and it is s bit unpredictable as to whether you will have cool or warm days. September is VERY hot and humid, and is also the time of year where you are at the peak for hurricanes. Those months do see lower crowds though and also lower prices.

Historically, certain weeks of the year are better for crowds than others. While I used to provide crowd calendars on my site, I now find it much more effective to list the weeks that are usually the busiest. Outside of those weeks, other travel times will mostly all be at moderate levels. It’s really hard now to predict a low crowd week and you don’t usually see it anymore. I find crowds are usually “moderate level”, which means manageable, or high to extreme level, and those are the weeks you want to avoid.

Here are the weeks that would be considered extreme:

Here are other weeks in the year where you may find higher crowd levels:

If you try and avoid any dates that fall within the time frames mentioned above, then you should be in good shape for crowds.

Disney also has several events that they host throughout the year. If you are interested in attending one of these events, then you will want to make sure your travel dates align with when the event will be taking place. Here is a general idea of when these events take place, but make sure to check Disney’s site for exact dates:

Once you’ve narrowed down the dates that work best for you, then you can move on to the travel details… 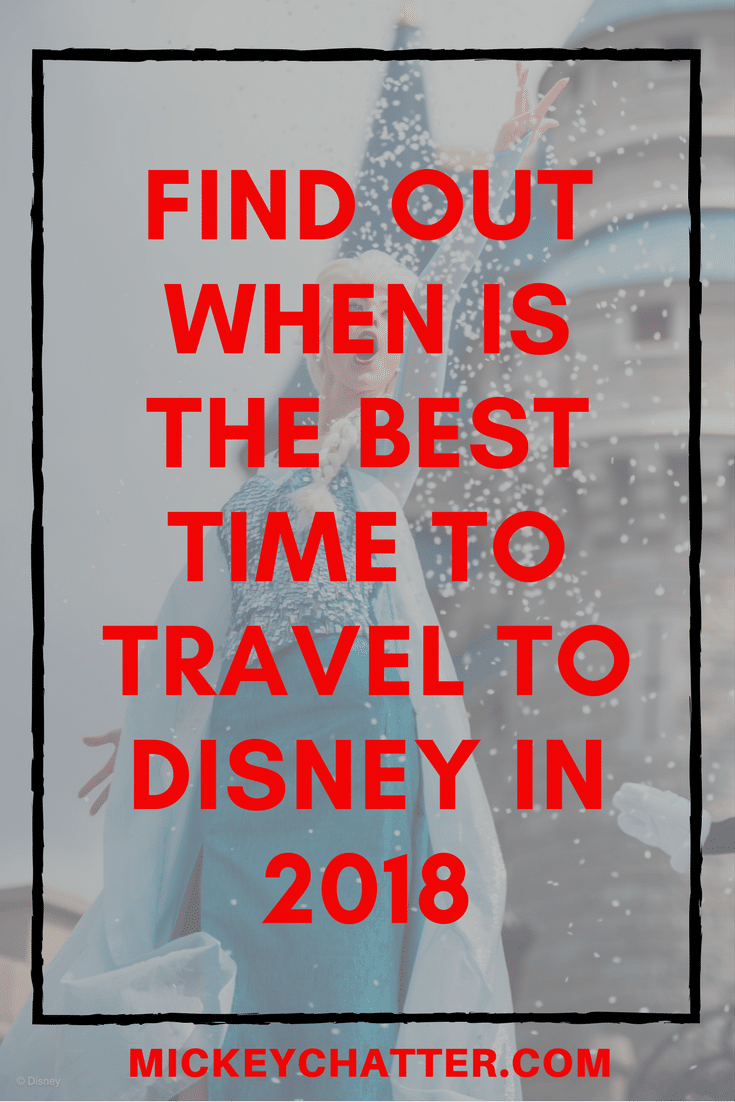