Epcot is a very large park, but with 1 day you can still hit up all of the attractions that are the most worthy of your time. My preferences is to always split this up in to two days, but it can still all be done in 1 day. This itinerary is for a full day at the park, however you can take a break in the middle or cut the day short if you feel it is too long for your family. Just note that if you do not plan to spend the full day in the park, you will have to cut out some of the attractions on the itinerary. Please note that these itineraries are based on a moderate crowd level and you may not be able to get everything done if you visit on a higher crowd level day.

**Make sure to check out my Epcot Rides Guide to help you pick out which rides you want to plan for at the park.

If you plan to only spend 1 day at Epcot, I highly recommend that you start your day approximately half an hour before rope drop. Rope drop refers to the time that they officially open the park. For example, if the park is scheduled to open at 9 am, then it is recommended that you arrive at the Epcot gates for no later than 8:30 am. This will ensure that you are as close to the front of the line as you can be for your first ride of the day.

Epcot has a tiered system for fastpasses, which means that out of your 3 selections for the day, only one of them can be from a Tier 1 level attraction. Some of the most popular rides (ie. Soarin’, Test Track, Frozen Ever After) are classified as Tier 1. If you want to ride all three of the previous mentioned rides, then I would suggest choosing Frozen Ever After as your selection and to schedule it for sometime after lunch. The reason I suggest this is because the first half of your day will be spent in the Future World area of the park. In the afternoon you will move on to World Showcase where the Frozen Ever After ride is located. For your two other fastpass choices, I would suggest choosing one of these:

Since you may not have a fastpass for Test Track and Soarin’, these will be the two rides you will want to do first thing. I suggest going to Test Track first, since Soarin’ does not seem to get long lines too early in the day. My strategy is to always head straight to Test Track and then right over to Soarin’. By doing that, I have never had to wait in any long lines for either ride. Once you have finished those two rides, I would suggest the following:

Living with the Land

This would be a good time to head over to Club Cool. This is always a stop for me on my day in Epcot as you will have the chance to sample a lot of free beverages from around the world. You can cool off on a hot day in the air conditioning while enjoy some free drinks! Right across from Club Cool, you will find a Starbucks where you can get something yummy to eat if you are hungry. Enjoy some yummy pastries, muffins, or perhaps pick up your favorite latte to go.

There are a lot of options in Epcot, probably some of the best food you will find on property. If you want to eat in the Future World area, then I would suggest the Sunshine Seasons quick-service restaurant. It has a great selection of food and I have not been disappointed with anything I have eaten there.

If you prefer to head in to World Showcase, Mexico is one of the first countries you will pass if you go to the left and they have a good quick-service restaurant called La Cantina de San Angel.

You can also make yourself a reservation in advance at one of the many table service restaurants in the park. If you don’t have a reservation though, you could always try walking up to get a table. Since there are so many choices in Epcot, it is the park where you will have the best chance of getting a table with a reservation.

This is usually the hottest time of the day, and the World Showcase does give you lots of opportunity to get out of the sun. Mexico and Norway both have indoor rides, so you may want to hit those up first. In Mexico they have the Gran Fiesta Tour. Norway has the Frozen Ever After ride, but if you have a fastpass, I would suggest waiting to use it at your fastpass time since the lines can be very long for this ride.

For the first half of the afternoon, you will want to aim to get as far as The American Adventure. If you have young children with you, then keep an eye out for the Kidcot stations in every country. Kidcot offers a great opportunity to take a rest while keeping the little ones entertained.

China offers an indoor movie that you can watch called “Reflections of China”. Also, make sure to check out The American Adventure for some more indoor entertainment and opportunity to escape the heat.

Epcot also has a lot of opportunities to meet characters. Here is who you will find in the countries (schedule subject to change, check your Times Guide):

If you have used up all your fastpasses for the day, you may want to try and schedule another on your My Disney Experience app to see if you can get another one for later in the day. I would suggest trying to get one for after dinner since you should be done walking the full World Showcase by then.

In America, you will find a food booth offering funnel cakes if you have the taste for something sweet. If you would like something to cool off, head in the direction of Japan and you will come across a booth that offers a delicious snack. The snacks are called Kakigori and it is a cup of shaved iced that they cover with a delicious selection of flavored syrups. You can choose from rainbow, strawberry, melon, tangerine and cherry. It definitely hits the spot on a hot afternoon!

The rest of the afternoon will be spent touring what is left of the World Showcase. Here are some of the interesting things to check out in some of the countries:

The choices are really endless at Epcot. If you have made advanced dinner reservations, then you may want to head over to them right now. If not, then there are many quick-service options to choose from. It really all depends on what you have a taste for. If you think you may want to do a character meal, then I would recommend trying to get reservations for either Garden Grill or Akershus in Norway. Garden Grill has some classic Disney characters (Mickey, Pluto, Chip n’ Dale), while Akershus is a Princess character meal.

If you were able to get another fastpass for later in the day, then now may be the time to head over to that ride. You could also head over to the Seas with Nemo & Friends to check out the amazing aquarium they have in the park. You could also check out the show they have there called “Turtle Talk”, which is very popular with young children. If Soarin’ is showing low wait times, then now would be a great time to try and catch a second ride.

As the end of day nears, you will want to start to stake out a spot for the fireworks show at the lagoon in World Showcase. If you want to get a spot right at the gate with no obstructions, then I recommend staking out your spot at least 45 minutes in advance. Otherwise, you can pretty much see the show from just about anywhere in World Showcase if you don’t want to spend time saving a spot.

Once the fireworks are over, take your time strolling to the front of the park. It takes awhile for this park to clear out, so no need to rush. Check out the Fountains of Nations as you head through Future World and take this opportunity to snap some nighttime photos. The Spaceship Earth ball always looks amazing at night and is a great backdrop for photos.

Depending on how quickly you toured, you may not of gotten everything done on this list, but if you got 75% of it done, then you had a great day 🙂 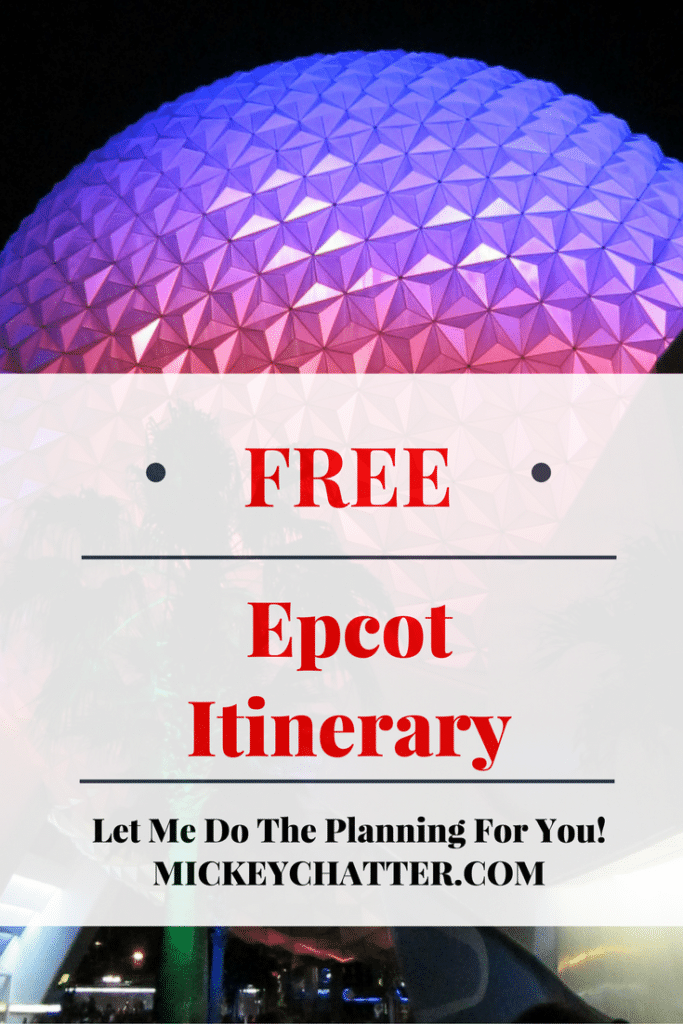 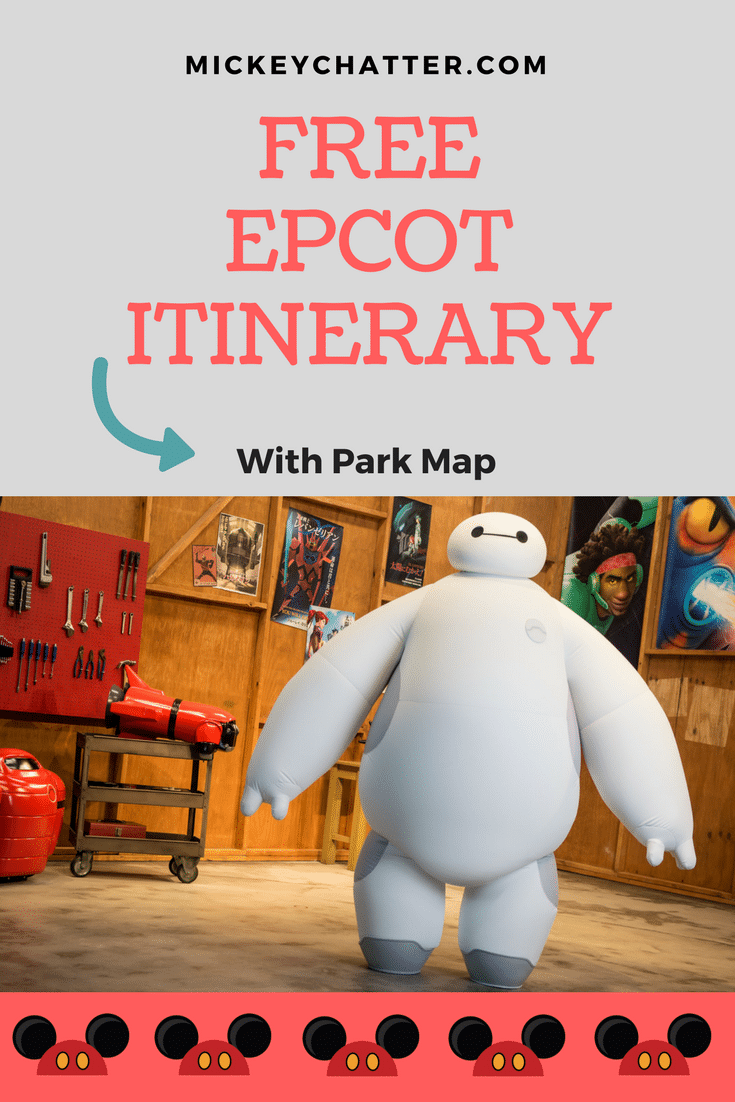 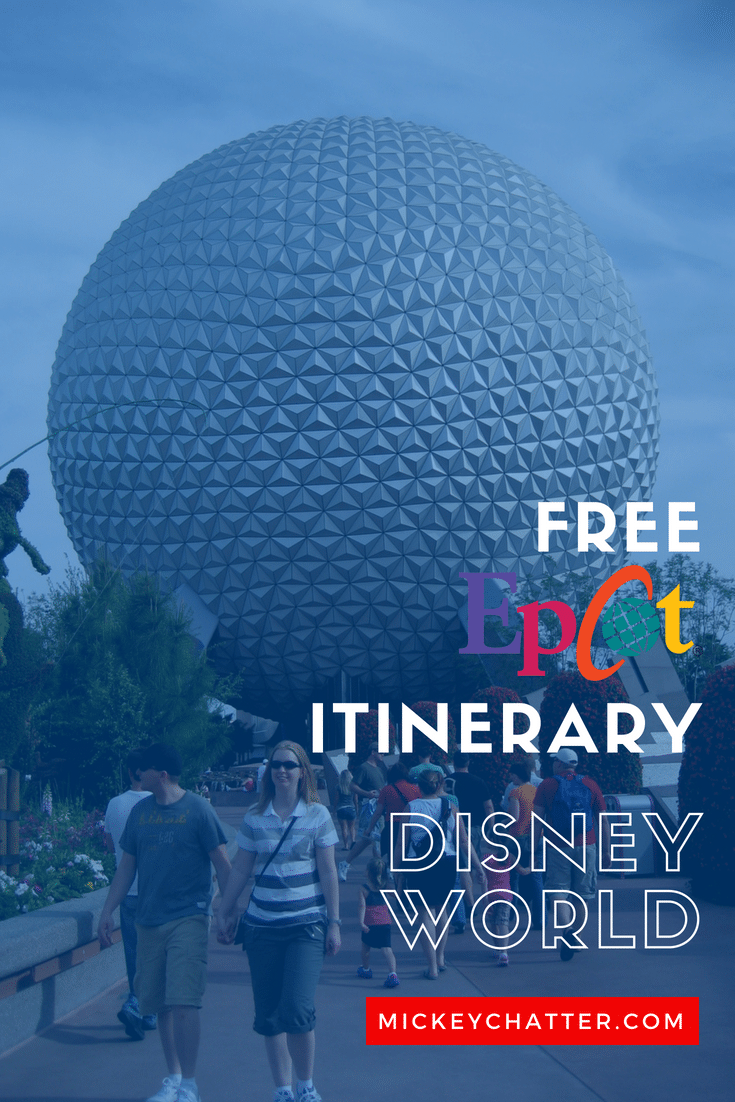