7 New Attractions to Look Forward to at Disney World Parks! 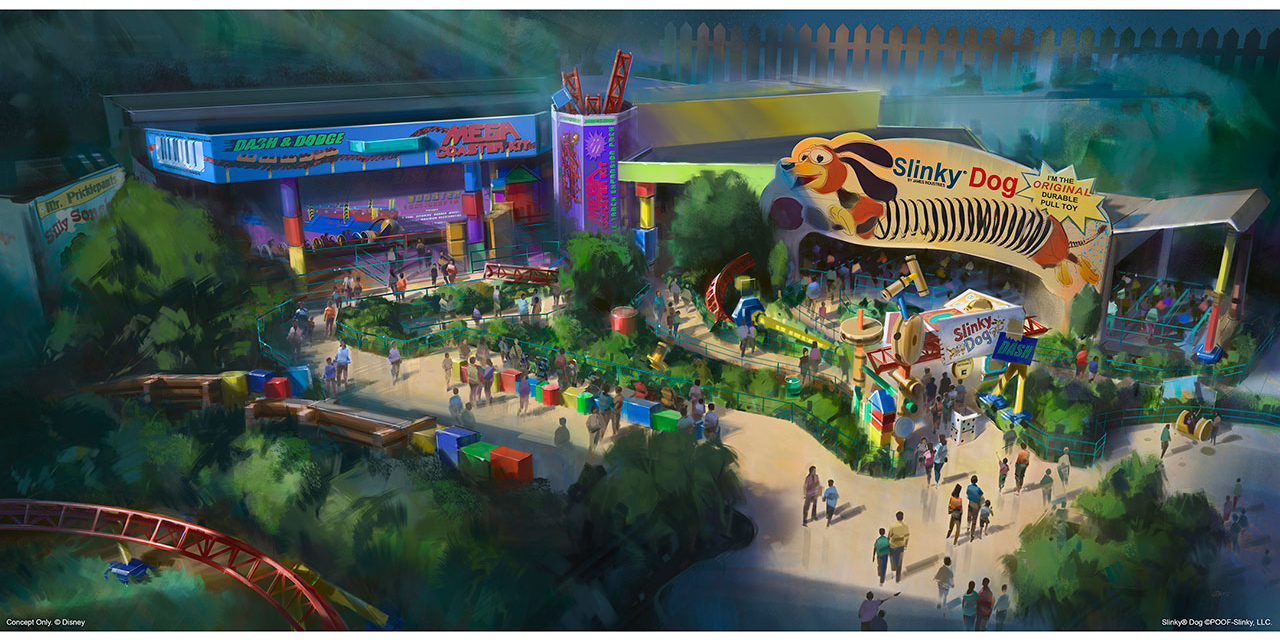 Disney always knows how to keep the parks fresh and whether it is your first visit or your tenth, it seems like there is always something new to see. There are a lot of exciting new projects in the works that have been announced, so let’s take a look at what we have to look forward to:

In Hollywood Studios, Toy Story Land will be located behind Pixar Place where Toy Story Mania is now located. The new land will make you feel like you have shrunk down to the size of one of Andy’s toys and you will get to explore his backyard with his favorite toys. It will feature two new rides and a new quick service restaurant – Woody’s Lunch Box. Slinky Dog Dash will be a family friendly coaster ride while Alien Swirling Saucers will be based on a game from Pizza Planet and the claw game we saw in the movie. Toy Story Land is expected to open June 30th, 2018.

Expected to open sometime in 2019, this is one of the biggest expansions Hollywood Studios has ever seen. The new land will feature two new rides, a new dining experience and merchandise locations.

One of the rides will give you the opportunity to fly the Millenium Falcon, where you will have to complete a critical mission. Not a lot of details have been provided about the second ride, but they have said that it will give guests a chance to feel like they are on a Star Destroyer in the middle of a battle between the First Order and the Resistance.

The new land will be a fully immersive experience, which means that everyone you come across will be characters from Star Wars. From shopkeepers to vendors, every cast member will be in character. There will also be several character experiences, such as Chewbacca, BB-8, the First Order, and Kylo Ren.

Located in the Chinese Theatre in Hollywood Studios, this ride will take the place of the former loved ride “The Great Movie Ride”. The ride will make you feel like you have stepped through the movie screen to join Mickey and his friends on an adventure. The concept is based on the new Mickey Shorts that you can see on the Disney Channel. It will turn the flat world of a cartoon into a dimensional experience with no 3D glasses required. It is expected that this new attraction will open in 2019, but an exact date has not yet been announced. It sounds like they are working on something very innovative with this ride and it will be really exciting to see what the Imagineers come up with!

This new ride will be located in the France Pavillion in Epcot. Modeled after the same ride in Disneyland Paris, it is a 4D attraction that shrinks you down to the size of a mouse. You get to follow along with Remi as you scurry through the kitchen while experiencing the sights, sounds and smells of Gusteau’s restaurant. They are aiming to open this new attraction in time for Disney World’s 50th celebration in 2021.

Along with the construction of this new ride, the France Pavillion will get a new expansion. The expansion will add new shopping and dining to the pavilion.

This new ride will replace the former Universe of Energy attraction in Epcot’s Future World. The ride will be a roller coaster, which will be the first coaster ride to ever be installed at Epcot. While not many details have been released about this ride, it is said that riders will be launched in to a 10-story tall show building for this ride.

Disney is also aiming to have this new attraction open in time for its 50th celebration in 2021.

Magic Kingdom will also be getting a new coaster ride in time for the 50th celebrations in 2021. The highly popular ride from Disneyland Shanghai will be coming to the Magic Kingdom. In this attraction you sit in a lightcyle (similar to a motorcycle) and are blasted through the world of TRON.

Plans are to build this attraction behind the Tomorrowland Speedway next to Space Mountain.

A new theatre will be coming to Main Street U.S.A. in Magic Kingdom. It will be the home to a new live entertainment show, although the details of the show have not yet been released. The look of the theatre will be modeled after the Willis Wood theatre from 1920s Kansas City, which is where Walt Disney once lived.

The construction of the theatre will take place in the backstage parking lot between Main Street U.S.A. and Tomorrowland.

There really is a lot to look forward to, which new attraction are you most excited to experience? 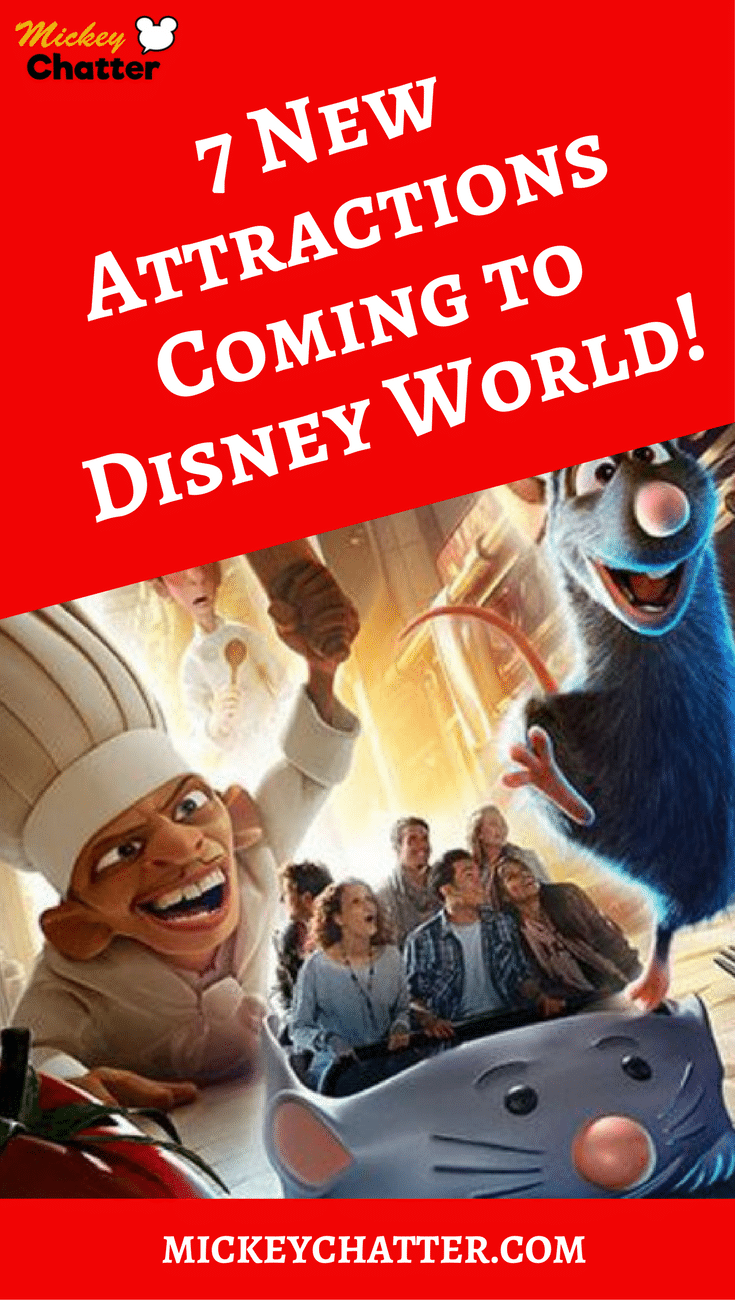 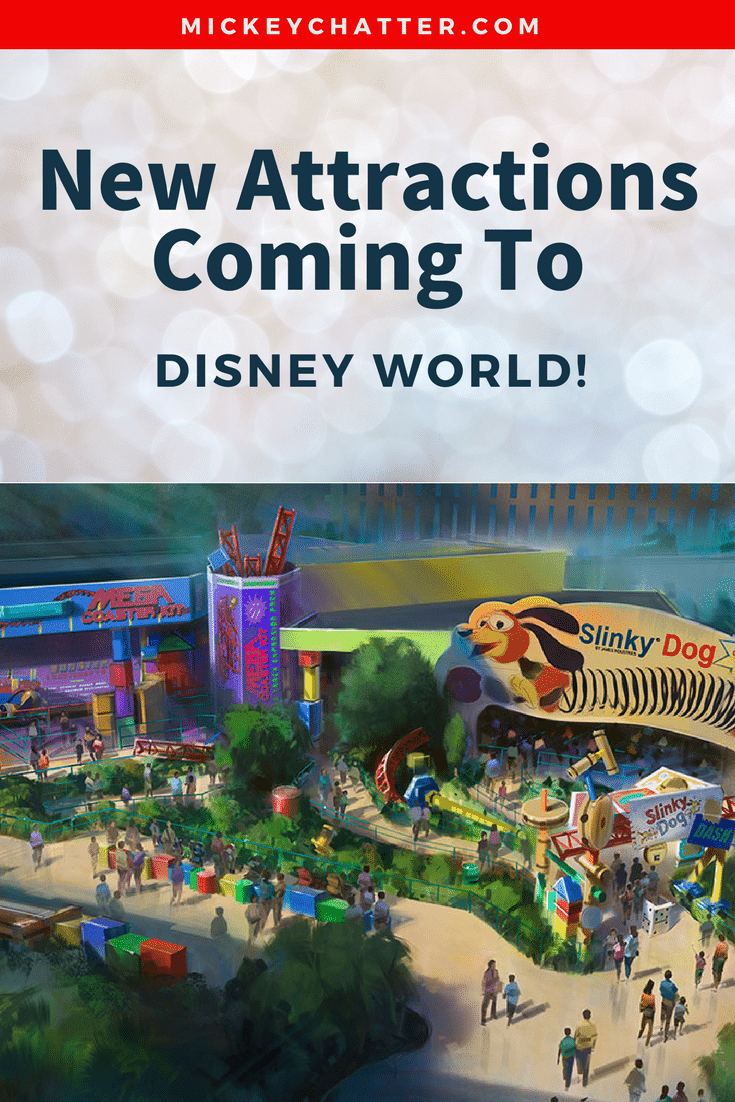