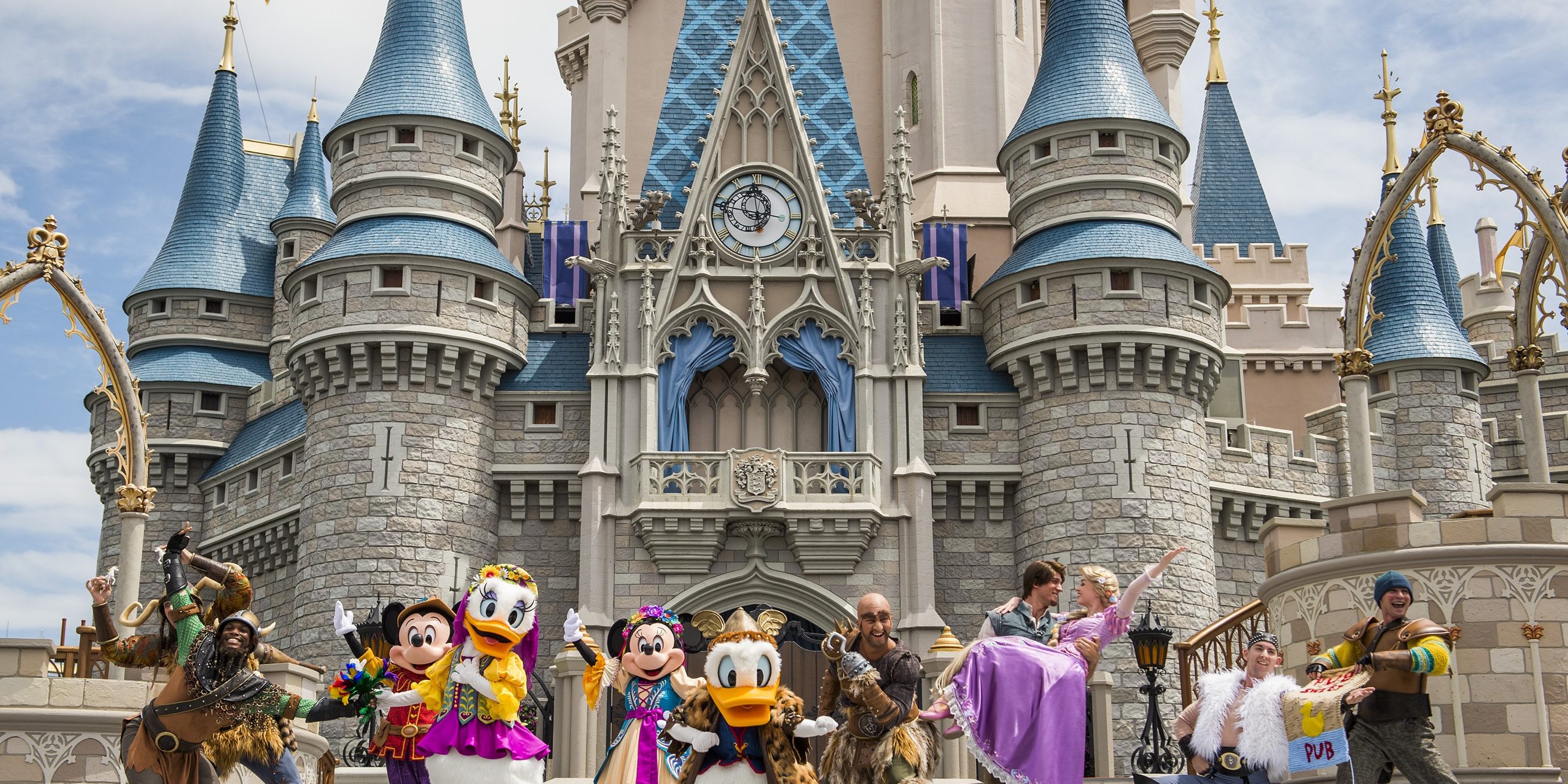 
Rides may be the first thing you think of when considering how you will spend your time at Disney World. While rides are often my favourite, don’t forget about the entertainment as well! There are lots of shows to see and this post is going to round up the best shows to see at Disney World for you. These are the shows that I feel are really worth making the time for. Make sure to check the Times Guides and squeeze these in to your itinerary.

This is by far my favourite fireworks show in all of Disney World. The visuals are spectacular and Disney really did a great job at putting this one together.

You’ll find it at Magic Kingdom and it plays right on the castle. It is a combination projection/fireworks show with an amazing score of music. It plays nightly at Magic Kingdom, with the exception of the Fall months when they have the Halloween and Christmas parties. Depending on the season, the start times vary, so make sure to check the schedule. You will also want to show up at least an hour early to claim a spot. This is a very popular show and Main Street is often shoulder-to-shoulder for this one. 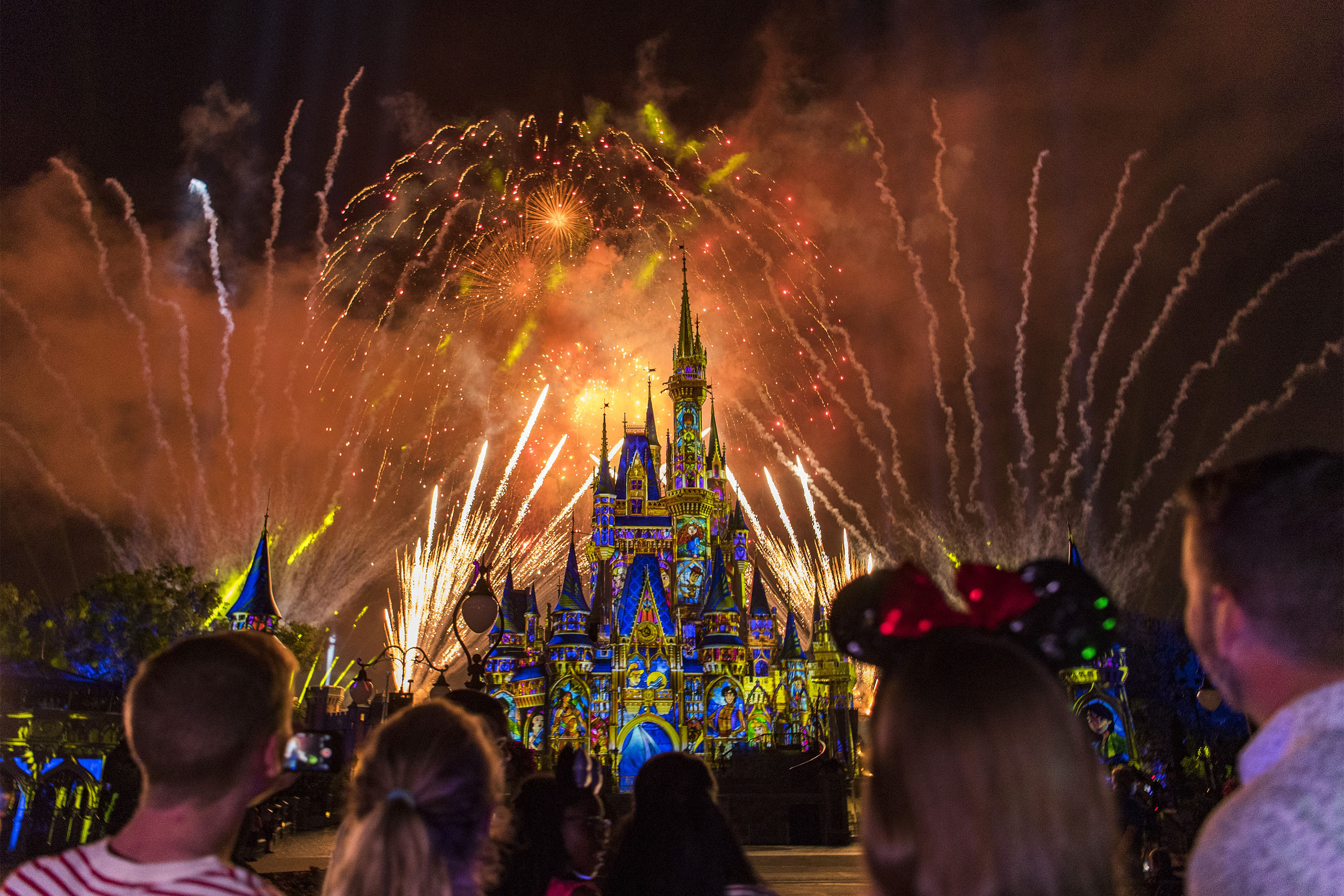 This evening entertainment show plays at Hollywood Studios. The main star of the show is Sorcerer Mickey and you’ll be entertained with lots of character appearances and light projections over water.

It’s a definite must-see and make sure you show up at least 45 minutes in advance to line up if you want a good seat. The theatre seating is pretty large, but you’ll want to show up early so that you can try and get a seat more towards the middle section. Better yet, make a reservation for a Fantasmic dining package to get VIP seating. Or you could also get a Fastpass for it.

If you are a Star Wars fan, then do not miss this show! It plays in Hollywood Studios right in front of the Chinese theatre. The show is projected on to the theatre and it includes fireworks, lasers, and the amazing music from Star Wars.

You don’t have to show up too early to get a good spot, about 20 minutes in advance usually seems to be good. You could also purchase tickets to the Star Wars Dessert Party and that will give you access to a reserved area to watch the show. 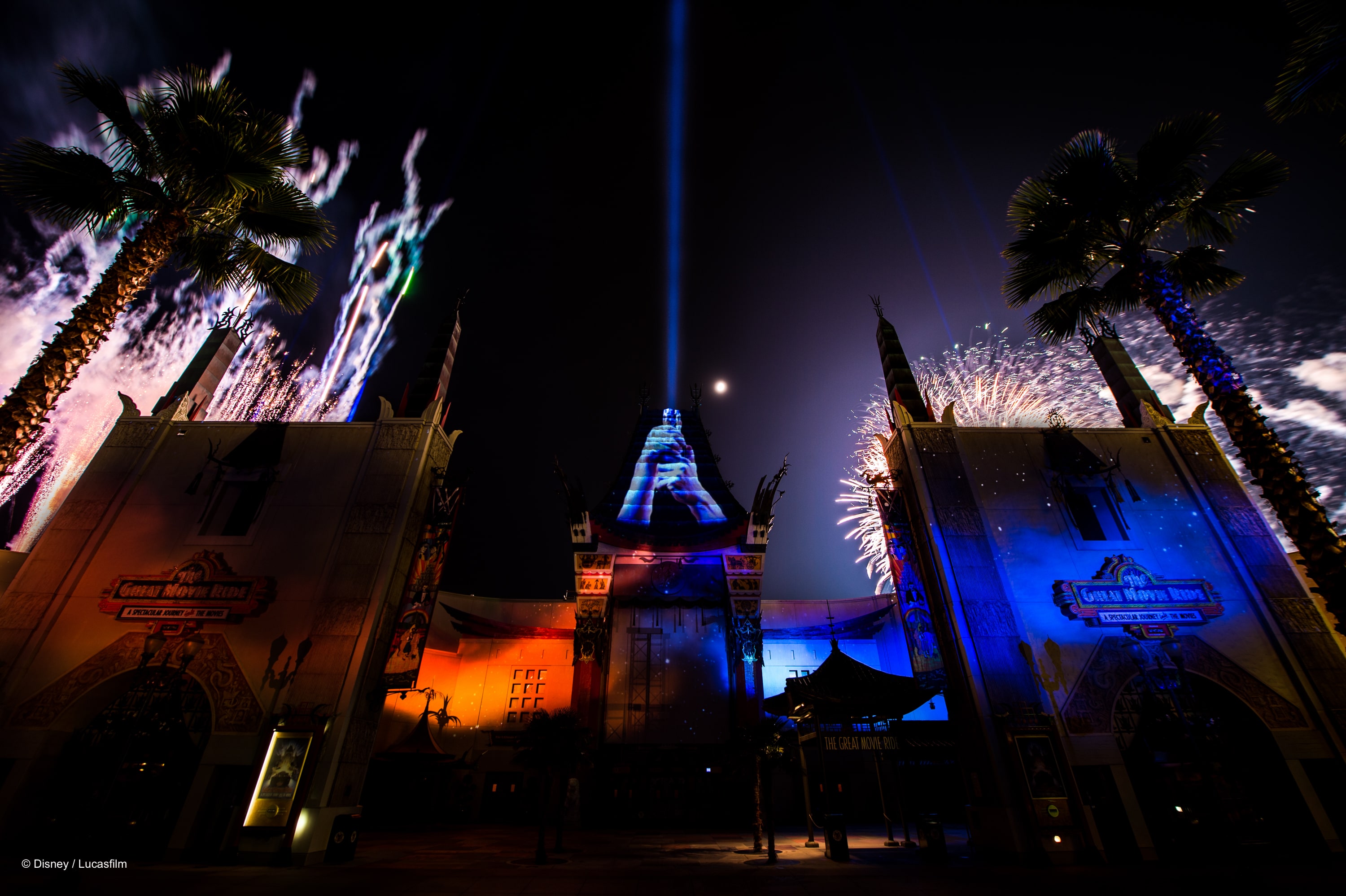 During the holiday season in early November, this switches over to Jingle Bell, Jingle Bam!, so you may not be able to catch this show during November and December.

Festival of the Lion King

I am a big fan of Lion King, so I love this show! It is a broadway style musical that celebrates the music from the movie. It’s filled with acrobatics, aerials, characters and amazing music.

It plays at Animal Kingdom in the Africa section. It plays several times per day, so there are tons of opportunity to see it. No Fastpass required, just line up about 20-30 minutes before the next show.

This is the daily daytime parade that runs through Magic Kingdom. Depending on the time of year, it will either begin at 2 PM or 3 PM in Frontierland. Make sure to check the Times Guide to see when it starts during your visit.

The floats are amazing and you’ll have a lot of opportunity to see some of your most favourite characters. Not to mention that the music is so catchy, it will be stuck in your head all day. Make sure you stake out a spot along the parade route early. The good spots right at the front fill up fast. For an unobstructed view, you could grab a spot on the upper level of the train station at the front of the park or on the steps of Town Square Theater. 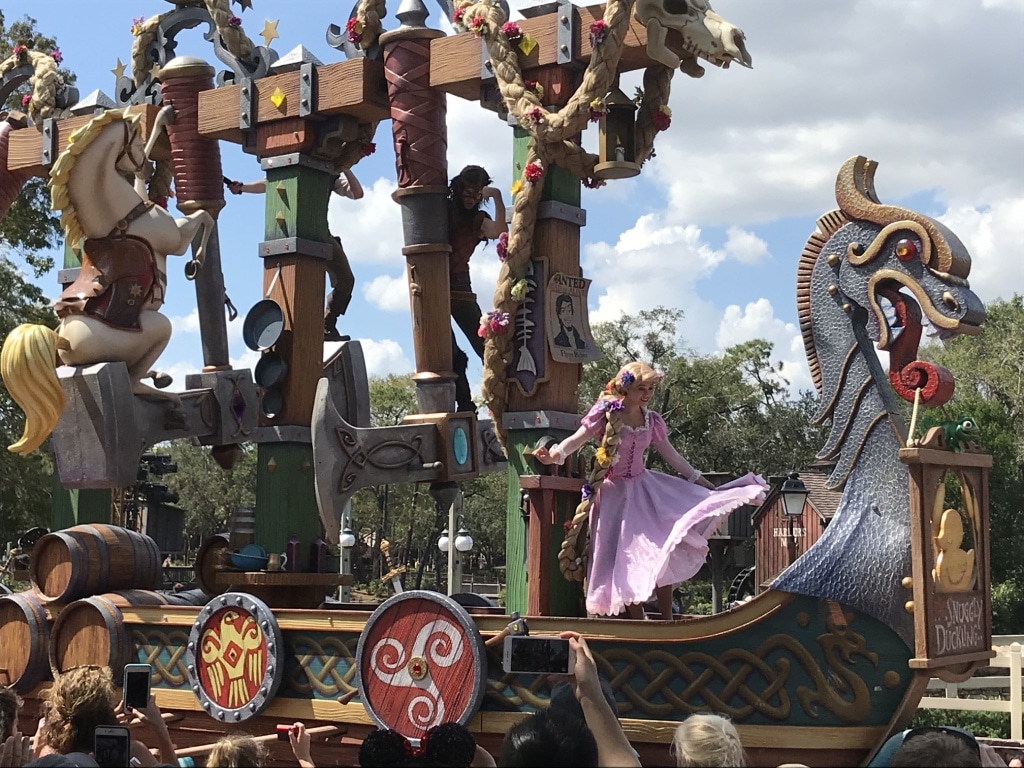 This show takes place a few times a day right in front of Cinderella’s Castle in Magic Kingdom. Make sure to check the Times Guide for exact times when you arrive at the park. You’ll get a chance to see a lot of characters in this show, so if you have a little one that loves characters, you’ll want to make sure to see this show.

This is Epcot’s evening fireworks show that plays every evening. It’s a great show to catch over the World Showcase Lagoon and it is brand new, just debuted on October 1st, 2019. It celebrates Epcot and pays homage to its history with familiar music and sounds.

To find a good spot that is unobstructed, you’ll want to stake out a spot about 45 minutes to an hour before it starts. In between the Mexico and Norway pavilions is a great place for a good view of the show.

There are mixed reviews about this show at Animal Kingdom, but it is one that I think everyone should see at least once. It does not have a lot of “Disney” elements in it, but is still visually stunning. It celebrates the earth and animals, and incorporates some beautiful music. They use water and projections to create this amazing show.

You don’t need to show up early to get a seat, but if you want a good view, then you will want to show up early. Alternatively, you can also get a Fastpass or reserve a dining package for the VIP seating.

This happens nightly on the Tree of Life in Animal Kingdom. It is a projection show right on the tree and it is absolutely beautiful. It is worth seeing it at least once and you can show up at anytime to see it. You will always find a spot to watch it as it is not usually very packed.

You’ll find this indoor theater show at Hollywood Studios. It plays several times per day, so make sure to check the Times Guide. You can get a Fastpass for it, but it’s not really necessary, you can get a good seat anytime.

You’ll find the popular characters from Frozen make an appearance during this show and you will get to sing-along to your favourite tunes from the movie. At the end, you’ll be in for a surprise when the star of the show makes an appearance and the theater is magically filled with snow!

Beauty & the Beast – Live on Stage

This is a fun stage show that you will find at Hollywood Studios. It is a broadway style re-creation of Beauty & the Beast. If you are a fan of the movie, then you’ll want to make sure to check it out. Check the Times Guide when you arrive at the park as it plays several times per day. Show up about 30 minutes before to get a good seat near the front.

What are you absolute must-see shows when you visit Disney World? Tell us in the comments below!