If you thought just trying to decide on 3 Fastpass rides per park day was the hard part to planning Disney, then comes along the ride tiers! Disney can be quite complicated to plan and knowing how ride tiers work at Disney World and what they are is crucial when selecting your Fastpasses. At 3 out of the 4 parks, you can’t just choose any 3 rides, you have to respect which tiers they are in. Let’s dive in to figuring that all out!

Disney classifies their rides in to Tier 1 and Tier 2. When making your advanced Fastpass selections, you are only allowed to select one from the Tier 1 level rides and then the other two from the Tier 2 level rides. They tend to put the really popular rides in Tier 1, so it forces you to choose selections from some of the less popular. The Tier levels exist at Epcot, Animal Kingdom and Hollywood Studios. Magic Kingdom has no tiers, because of the number of rides they have, so you can choose any 3 at that park.

Which Rides In Which Tiers?

Disney sometimes makes changes to the tiers, so you’ll want to always check the latest information, but these are the current tiers:

Hollywood Studios, until recently, had Rock n’ Roller Coaster and Tower of Terror as Tier 2, but has now moved them back to Tier 1. With the upcoming opening of Star Wars: Galaxy’s Edge, it seems like they are trying to help disperse crowds to some of the less popular attractions. Also, if people don’t have Fastpasses for most of the rides, then that means they’ll have to spend more time standing in the stand-by lines. That helps keep them out of Galaxy’s Edge for longer periods of time. That is my guess behind the logic of changing the Fastpass Tiers.

How To Choose your Tier 1 Rides

The rides that are listed as Tier 1 in every park are all Fastpass worthy, but I feel some are worth more than the others. Here are the rides that I would recommend as your best Fastpass selections for Tier 1 and Tier 2.

Soarin’ and Test Track are both great rides, but I find you have a lot of luck with shorter lines if you just head to them at rope drop. I usually go to Test Track first and then Soarin, and can usually get them both done within the first hour, saving my Frozen Ever After Fastpass for early afternoon. There have been rumors that the Epcot Character Spot will be moving back to a Tier 2. If that is the case, then that is also a great choice for a Tier 2 selection if you would like to meet some classic Disney characters like Mickey, Minnie and Goofy.

Until Rise of the Resistance opens and that ride get added to the Fastpass system, Slinky Dog Dash is still the top Fastpass to get at Hollywood Studios. It always sees the longest lines in the whole park, so it is well worth it, not to mention that the ride is super fun! Once Rise of the Resistance gets added to the Fastpass system though, then everything will change and that will most likely be the one that ismost worth getting a Fastpass for in the Tier 1 level.

Flight of Passage still remains to be the ride with the longest wait times in Animal Kingdom, so definitely worth a Fastpass. You can easily do Na’vi River Journey at park opening with little wait, so if you plan to be there early, then just select Flight of Passage as your Tier 1 Fastpass. Expedition Everest has single rider line, so if you think you could make use of that, then maybe you want to choose Kali River Rapids as a Fastpass.

Now You Are Set!

Now that you understand how Tiers work, you are ready to get started with your Fastpass planning/selection. There is some strategy behind choosing Fastpasses, so make sure to check out Disney Fastpass Tips So You Can Get On The Best Rides. With all this information, you’ll be ready for when your Fastpass selection day opens up to get the best Fastpasses!

If you would rather have one on one help with your Fastpass selections, then consider booking with a travel agent that specializes in Disney. They help with all the details at no extra cost to you! 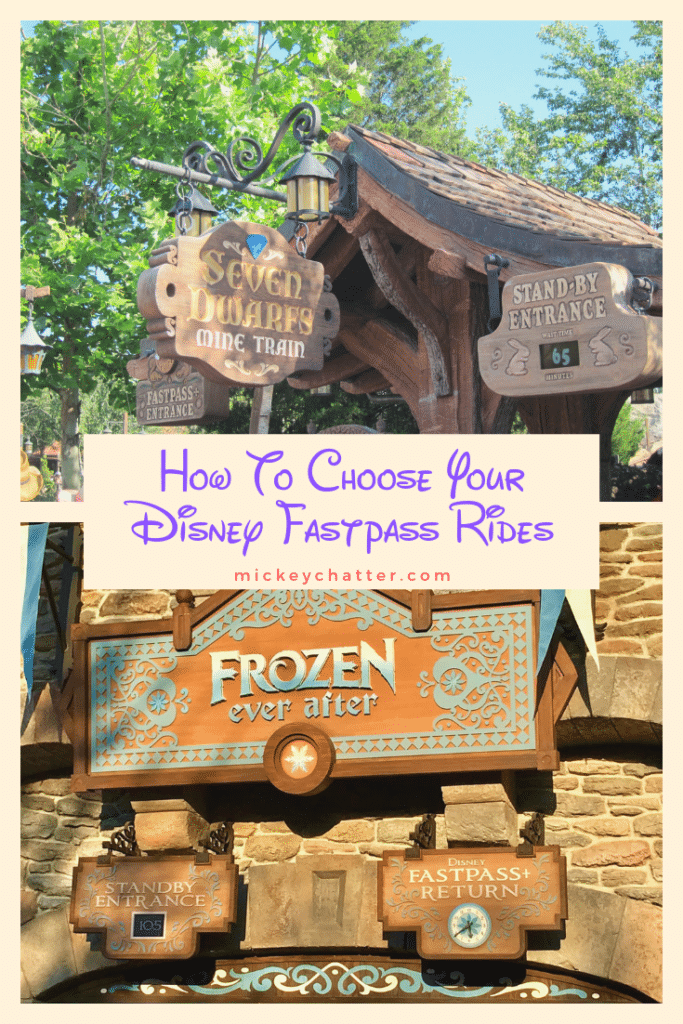